The Indonesian rupiah is the currency of Indonesia, a country whose first currency dates back from the IXth century.

The first objects used as currency in Indonesia are from the IXth century. The first Indonesian rupiah was issued on the 3rd October 1946, when the Japanese currency was left unused, after being the currency used to trade with Dutch settlements.

With the decline of the Japanese currency in the main republican settlement in Java, the Dutch had to deal with the problem, so they stopped exchanging Japanese money on the 30th October 1946 in order to avoid overstock of Japanese currency unspent and be able to exchange it for florins.

At this point, two currencies coexisted in Java: florins, dated from 1943 in the areas controlled by the Dutch, and the rupiah, of 1945, in the Indonesian settlements. In January 1947, 310 million rupiahs were printed in Java only, half of the all the money printed before the war.

As a consequence of the laws approved to ban the purchase of basic goods, the rupiah could no longer be trusted. In Jakarta, Indonesian money was valued lower than any other place in the country, as a consequence of the demand of goods priced in florins. The attempts of republicans to keep the value of Indonesian currency (which had been backed up by the supply of rice from Java) could slow down, but not stop its decline. During the years of the Indonesian revolution, three series of notes were issued at Yogyakarta: two in 1947 and another one in 1948. 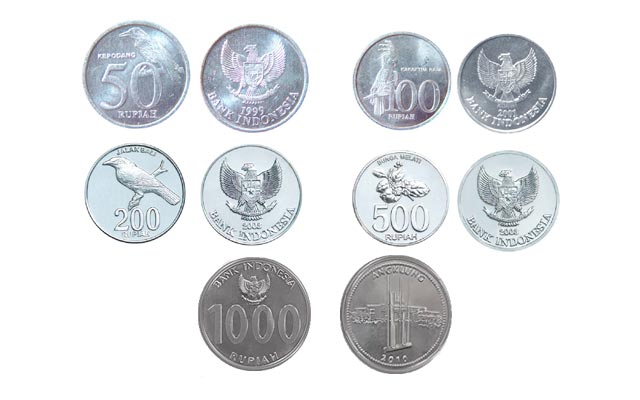